Freedom Feet - a tribute to running 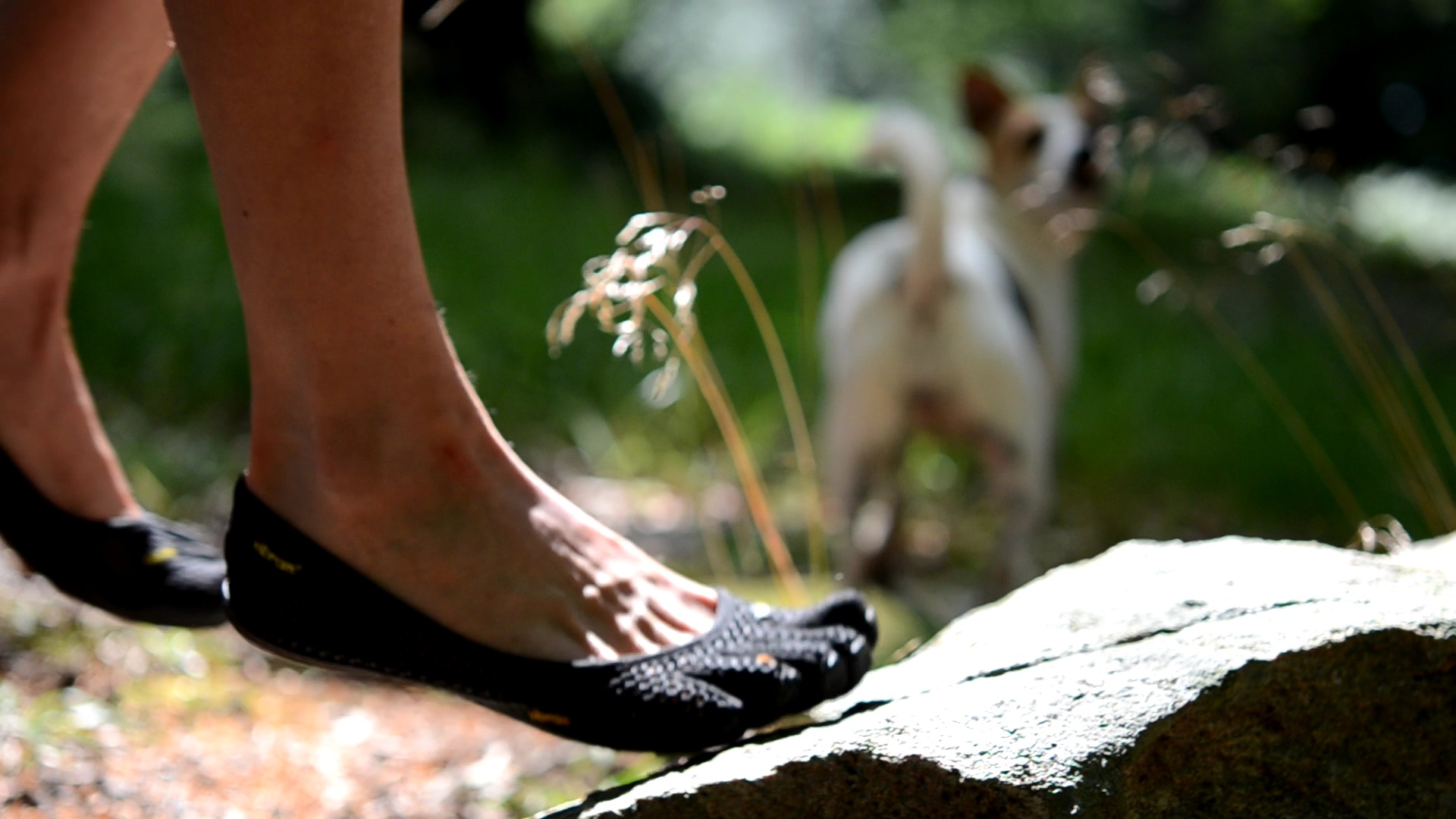 (by Pia Fridhill) They claim there are lots of songs about running but most of them only use 'run' or 'running' as a metaphor for freedom, escape, a state of mind, being chased or chasing after something or someone: Born To Run (Bruce Springsteen), Running Up That Hill (Kate Bush), Running On Empty (Jackson Browne), Run Baby Run (Sheryl Crow) or Run To The Hills (Iron Maiden). Nobody ever wrote a song about ACUTALLY RUNNING...not that I know of. 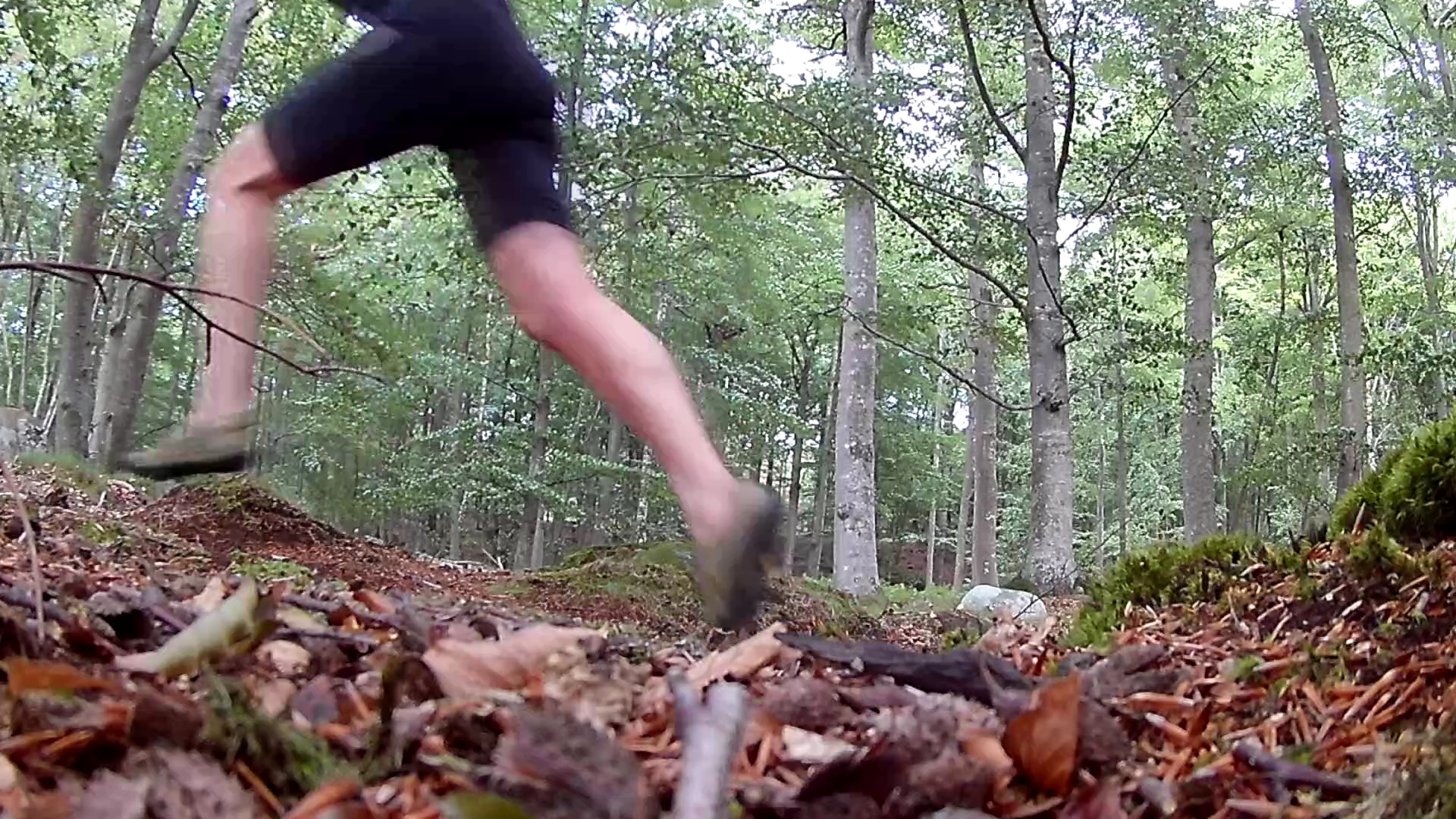 So I/we decided to write one. I've been running a lot listening to music and my all time favorite running song was: 'New Shoes' as performed by Paolo Nutini. The beat fit my running rhythm almost perfectly so that's where we started out, my husband Jens and I. He came up with the chord progression on his guitar, I sang a string of lyrics I'd jotted down and pretty soon we settled on the hook line 'These feet are made for flying' which turned into the beginning of the refrain. 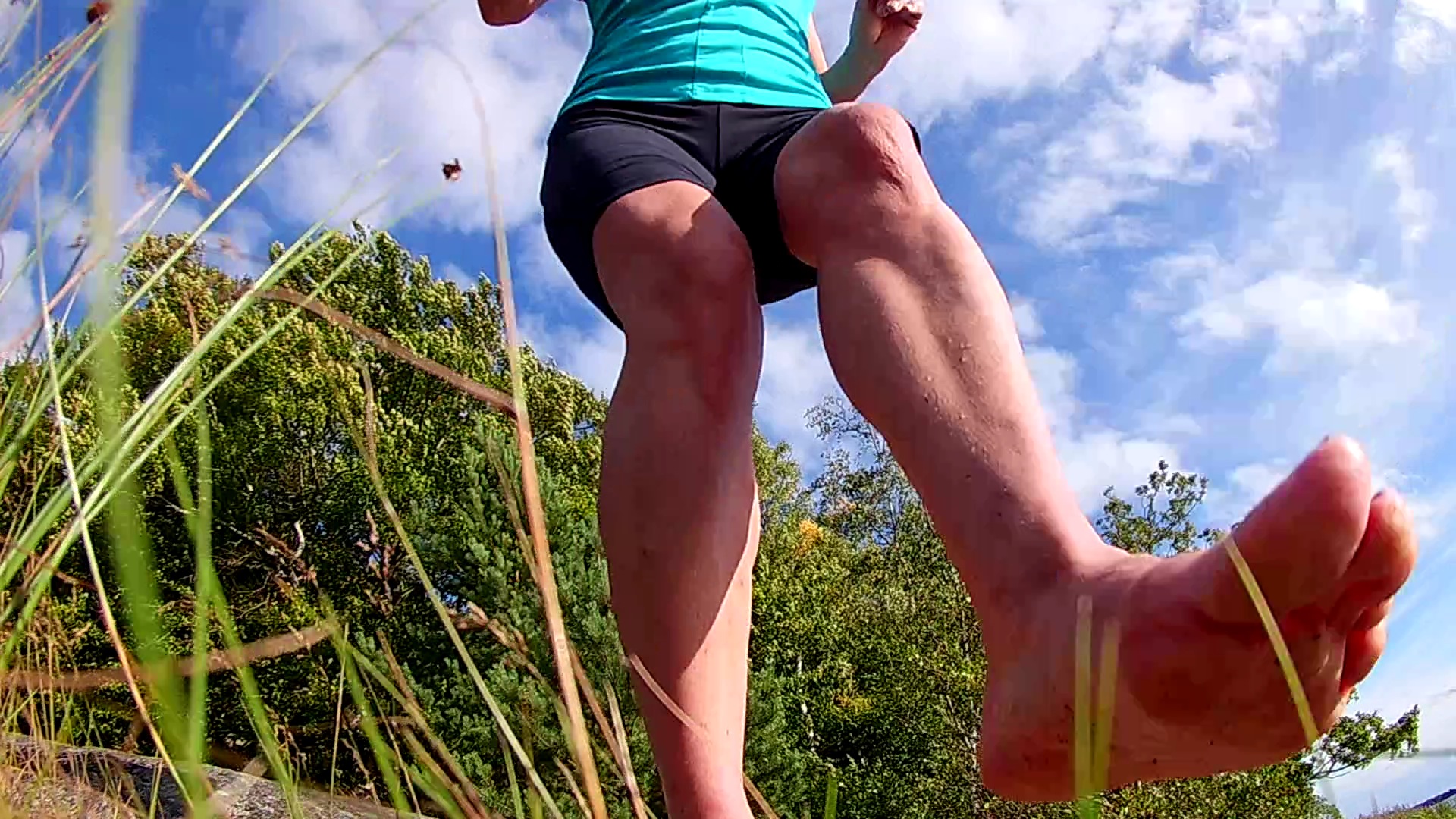 If you run to the rhythm of 'Freedom Feet' you'll run with 166 steps per minute which is a medium tempo that joggers are probably able to hold for about 3 minutes. Listen to the trees, whispering in the breeze and how you're breathing with almost no sound. Fly over the roots and stones and hear the Earth calling out your name: step here, disappear into the ream of anywhere! You've got freedom feet, you see! (Read the full lyrics here ->) 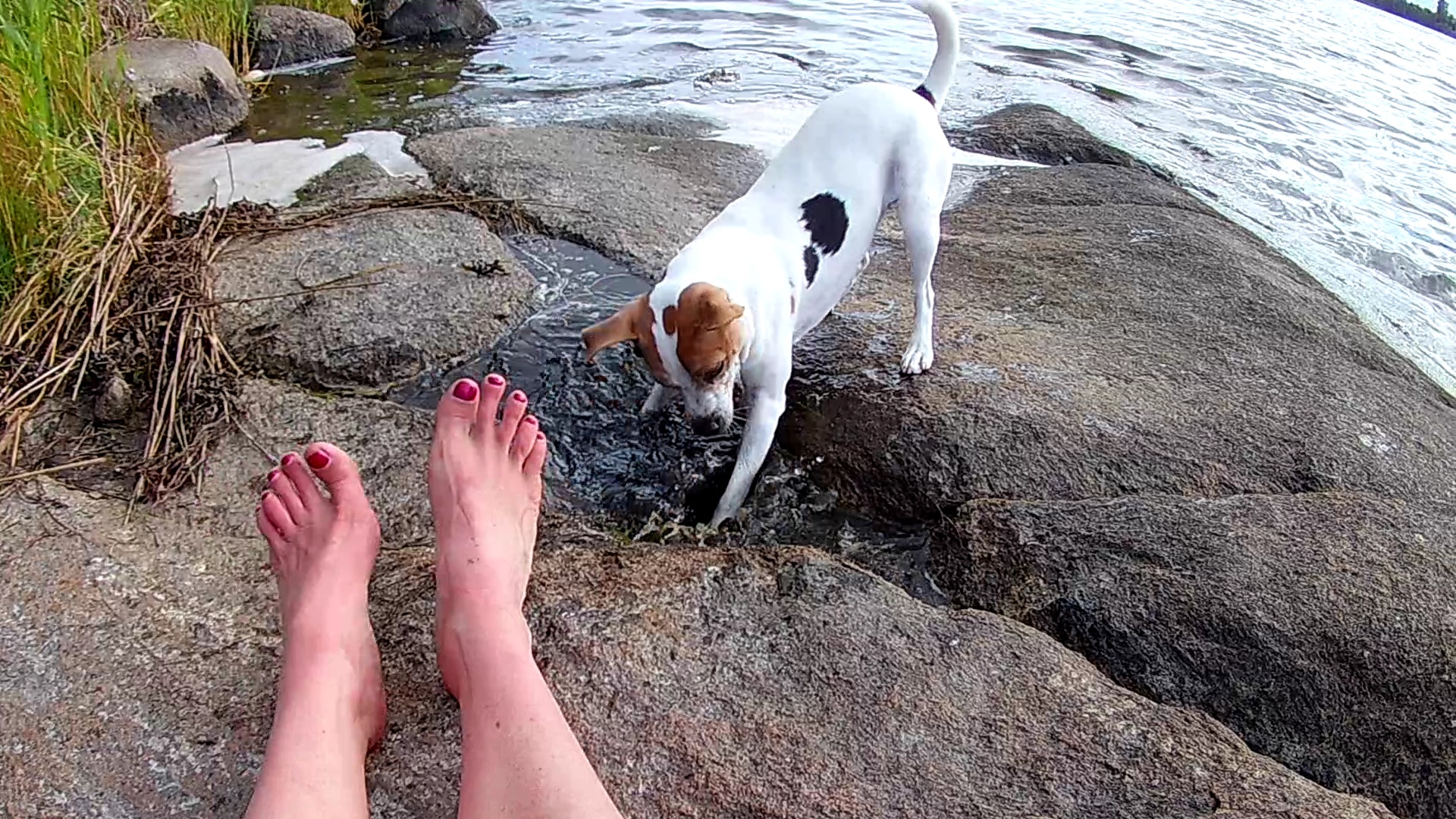 I've always loved running or, if you prefer the slower version, jogging. But since I broke my leg when I was ten years old I've had one leg shorter than the other, so short, that my back developed a scoliosis: an S-shaped backbone. My husband used to tease me as he saw me running: - You don't run, you roll! Much like a limping with a rolling twist to the hip, baby - funky! As a consequence, no matter how much I ran I seldom made it past 4 km without running out of juice and I couldn't figure out why. I had a good condition, didn't I? 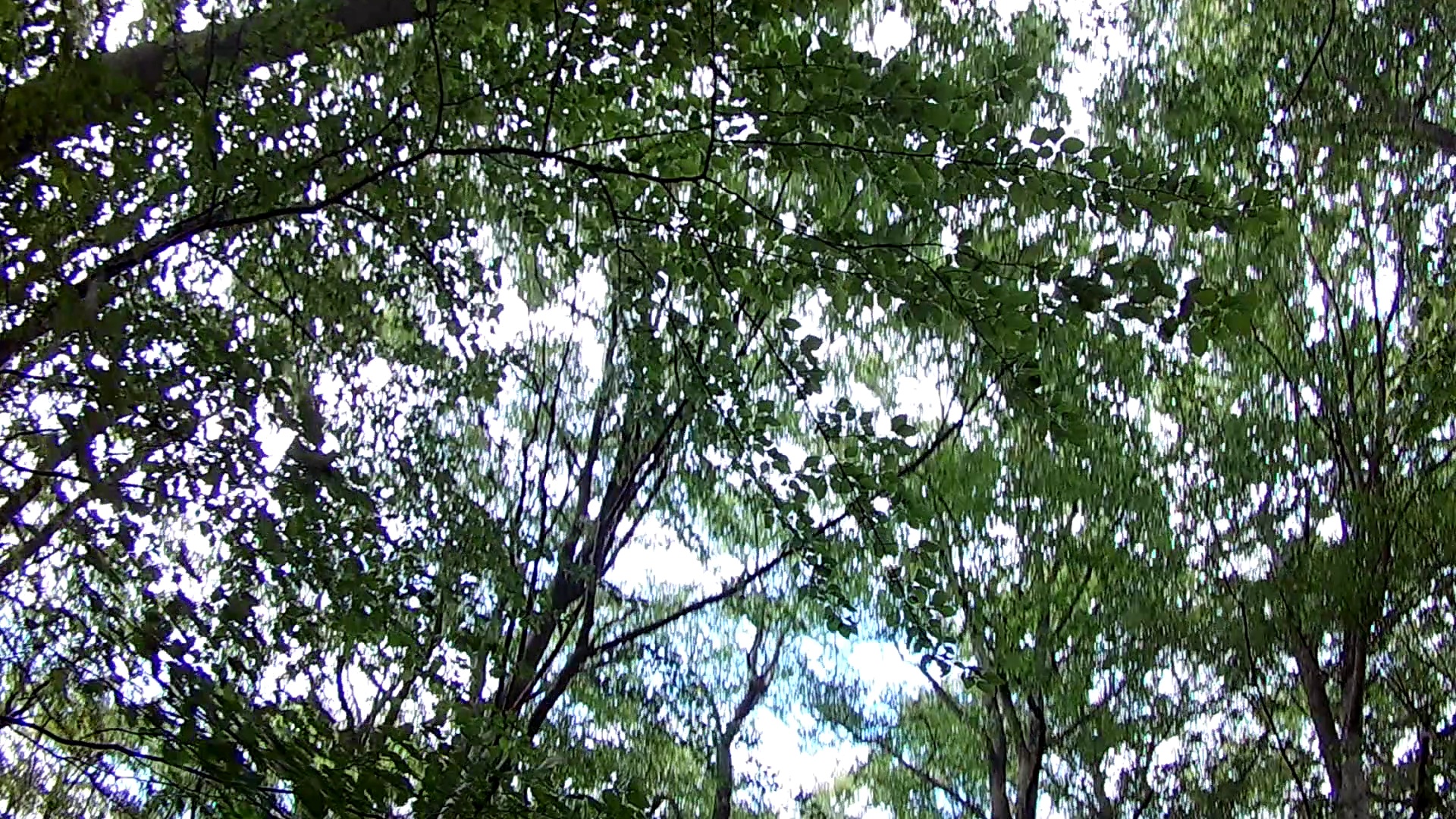 It wasn't until I became a Feldenkrais Practitioner that my scoliosis started to degrade and slowly straighten itself out. Gradually, my movements became easier, more effortless, like an oiled machine. As it turned out, most of the scoliosis had been mostly habitual after all, my brain operating my body as if my left leg was still in plaster (funny, that!). The final breakthrough came when I got hold of a book about running, 'Born to run' by Christopher McDougall, in which running on the forefoot (as opposed to slamming the heel down first!) was described as the most natural way of running. Just think about it; 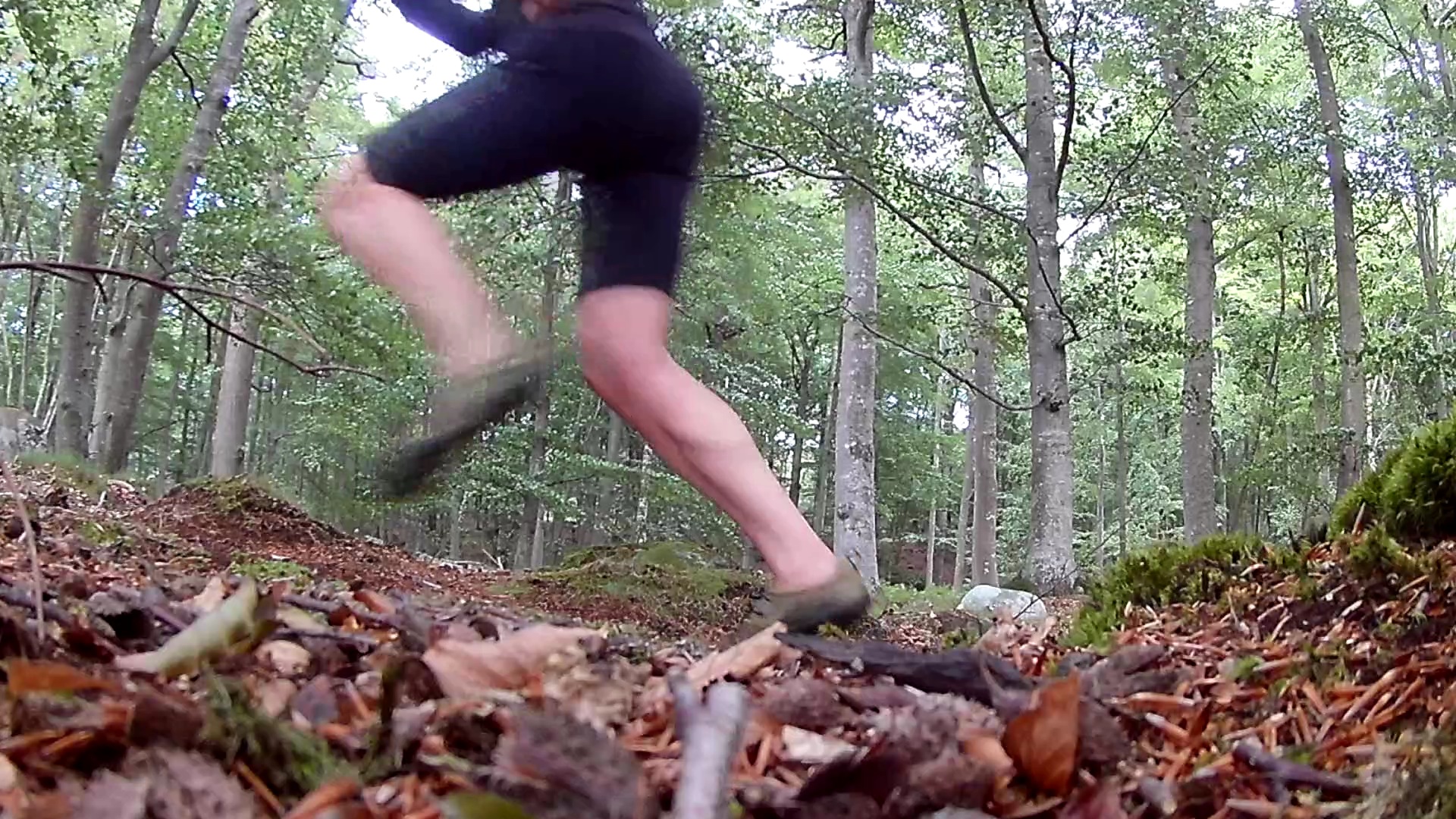 Homo Sapiens had been running this way - without shoes - for 40.000 years until the sport industry came up with the first polstered running shoe in 1972. It made people put their heel down first with a force three times greater that of putting the forefoot down. Try running a few steps barefoot and you will automatically land on your forefoot, probably noticing how light you've become.

I tried it out at home on my lawn and was immediately hooked - what a feeling! What a sensation of freedom, uprightness and flexibility I had as my feet compensated for the weight of each step by the same technique that springs use. The elasticity, the bouncy feeling of 26 bones and 33 joints in each foot working together the way they were meant to - it was exhilirating and new and I loved it! 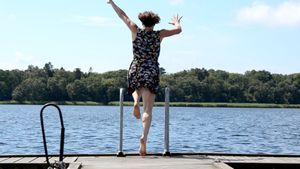 So I bought Vibram barefoot shoes with a 3 millimeter rubber sole to protect my feet from stones on the ground and then I started running, running, running through the forest. Too far, too fast as it turned out, 'cause very soon I injured myself due to the fact that the foot and calf muscles weren't used to that kind of work. After recovering I started out more slowly and steadfast, gradually building up the stamina for longer distances and before I knew it I was running 8-9 km without any problem at all! 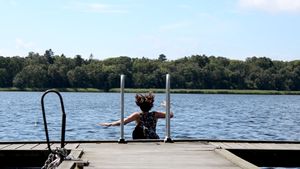 Now I've been running with barefoot shoes for over 3 years and I would never, ever go back to traditional shoes, no way! I've tried capturing the feeling of running the way the human being was meant to run in the lyrics of 'Freedom Feet' and I hope it will inspire you to run more freely, with or without running shoes. So, go out there in the warm sun, the cool, cool air and try out wings the size of freedom and your gravity denying feet!