The Vacation - a poem by Wendell Barry

My uncle used to play the bass in a dance band during the 60s and 70s and we always stop over at his place in Malmö when we go to Sweden for our holidays. Jens played his instrumental guitar song to him and my uncle jammed along on his Höfner bass (Paul McCartney's bass), happy as can be since it was HIS music: bossa nova 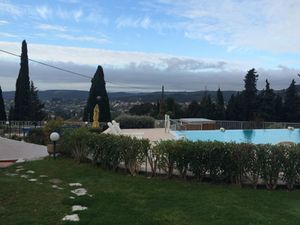 , and he doesn't get that many opportunities to jam with other people anymore. Suddenly, he stops playing and says: "I'd like to call this song: The Vacation! It feels like a summery vacation song".

Me, having racked my brain for a smart melody line while they two of them were playing (feeling a bit left out) suddenly felt inspired by the title but....still no lines came...so, frustrated by my lack of creativity I tipped "vacation poem" into Google and got a first hit on Wendell Barry's beautiful prose about a man that spends his whole vacation behind the camera lens, not really experiencing his vacation first hand but rather conserving it for later by filming every single thing he sees. I can honestly say that I would never, ever have thought of writing anything remotely like it - I wouldn't even have thought of turning the normally happy-go-lucky vacation theme into something so tragically sad. But I know for a fact that these people exist. At our wedding party one lady left very early with the flimsy excuse that her camera was out of battery anyway so there was really no point in staying!

Jens guitar line wasn't really "singable" so we made up a new melody line for the vocals to go on top of the original guitar line. Most of the poem was "singable" too but a few changes were necessary as well as the adding of some lines to fill up a complete first and second verse. Since the original guitar melody was a stand-alone piece in itself, we decided on a very unusual form for the song: we put the guitar melody into a 16 bar long instrumental intro before the first verse even began. Then we used the guitar melody again for an instrumental interlude so I actually sing a lot less on this tune than on any other we've written. Less is more.