No Covers. Only Originals.

Swedish singer/songwriter Pia Fridhill and her German husband Jens Hoffmann live and write music in a small house in the forests near Aachen, Germany. Contrary to most composing artists, the two of them make a case of not getting stuck in one particular genre, but rather inventing one of their own - ”Elch-Pop“. While this designation translates somewhat unelegantly into English as ”elk pop“, the German language not only lends it a playful tounge-in-cheek reference to Pia being Swedish, but actually depicts the couple’s terms of endearment towards one another; Elch and Elchlein (i.e. Big Elk and Little Elk).

The necessity to create such an impossible genre becomes obvious to anyone who listens to Fridhill’s and Hoffmann’s vast material of pop songs. The most accurate despription ends up being a rather long word: SoulPopJazzFolkRockFunkBossaNovaAlternative...to be continued. ”In order not to bore ouselves or our audience with yet another song in the same style, we’d rather explore a new genre for the next new song“, says Fridhill, adding; ”..but there are definitively preferences with the Beatles and the 70s“.

Their range of hit potential ridden pop melodies, melancholic power ballads and dynamic rock songs is firmly rooted in a fundament of acoustic instruments; cello, cajon, acoustic guitar, accordion and the half-acoustic 70s e-piano Fender Rhodes. Each song has its own compelling story, often told with humor and warmth during concerts or in its full version on the band’s website (The Stories Behind The Songs). Rock and Blues flavors take turns with Jazz-, Gospel and Folk influences and, in the middle of it all, Fridhill throws in an old swedish folk tune, sung ’a capella’ with ”nordic“ power, embodying the voice of a strong, do-it-yourself woman.

Visiting a Pia Fridhill concert leaves one with a feeling of familiarity and joy sprung from the Music itself. It’s like being invited to chat over a glass of wine, to cry over love, life and the universe and to laugh at oneself and the world. Humor and wit followed by musicality and a hearty atmosphere turns an encounter with Pia Fridhill and her band into a very special experience.

Pia Fridhill's story in her own words

WHAT THE PRESS SAID...

“The fact is, the music world has won another great jazz singer” - Radio Scala

“...too good for the fast changing charts” - Wolfgang Giese

“...and with a singer like Pia Fridhill on stage, there's nothing more the audience can ask for.”

“Pia Fridhill's voice is honest and full of humane warmth...” 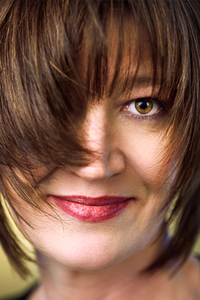 Swedish singer Pia Fridhill has lived in Germany for 20 years. She gave up a well-paid management  engineering job to become a full-time musician, something she’d always wanted to do, despite her family's will. Her musical career begun shortly after she moved to Germany and met blues/jazz veteran John C. Marshall, in whose band she would spend the next couple of years learning to live, breathe and make music the way Marshall himself was taught by the great Ray Charles himself (and Aretha Franklin, Rosa King, Slide Hampton et al). In the midst of this work Pia Fridhill met the love of her life, Jens Hoffmann, a Songwriter of his own merit. Just a couple of months after their marriage the two of them recorded the first album „Breakfast on the roof“ together with the John C. Marshall Band, the Man Himself having arranged their pop songs in a 70s R&B style. More albums in various genres and formations followed, for example the critic’s love-child "My Swedish Songbook", where Fridhill takes a trip back to her home country, praising 300 years of traditional folk music in modern, jazzy arrangements.

Pia Fridhill also works as a Feldenkrais Practitioner, teaching movement classes in German and Swedish according to neurological principles. 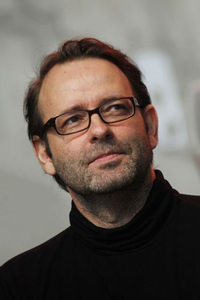 As a songwriter and acoustic guitarist, Jens Hoffmann has always felt close to an imaginative and varied "Beatlesque" songwriter tradition his whole life. The song itself is in the foreground of this passionate singer-songwriter, as well as the approach to approach the music with all its different styles and expressions honestly, authentically and independently. With his wife he forms a congenial songwriter couple. Together, the two musicians have released eight CDs in the course of their private and musical partnership. In his role as composer as well as with his distinctive stage presence and sure intuition for melody, Hoffmann is one of the cornerstones of the band.